Sunday, October 7, 2018 - TOMMY FLEETWOOD: Nice coming down the stretch with a chance to win. Played some really good golf, and you know, just kind of fell just short. You know, there was a lot of good stuff. Had a chance on 16 and 18, 18 especially. You got to 15, you feel like you've got a chance still. All in all, a great week, really, and I've played some really good stuff. Game is obviously in a good place.

Take the positives from it and you know, we go again when we play next. It's obviously a little bit raw when you've fallen just short, but overall, it was a lot of good stuff.

I was in there with a chance, really. I was up there on Sunday trying to win. Obviously I wanted to win and I haven't, but overall, you look at that stuff and take it with you.

Q. Huge Race to Dubai points as well this week?
TOMMY FLEETWOOD: Yeah, I'm a long way behind and need to do some catching up. That's a good start. There's still tournaments left. Keep your head down, keep practising and keep trying to improve. We'll see at the end of the year what kind of chance we've got or where we are, but it's nice to move in the right direction.

Playing St. Andrews is always a treat whether it's rough or sunny. It was the perfect week to come back to after what was a very big week, but I enjoyed all of it, really. You finish and you're kind of just shy, and it's a little bit like raw at the moment, but had a great time.

Great to be in the mix. To be honest, I haven't been in the mix -- well, I was in the mix starting the day in Philadelphia, but I haven't sort of been right in the mix for a while, so it's nice to show -- get up there. I've been showing form all the time but just to sort of put the four rounds together.

I played good. Did a lot of good stuff. Hit great shots on 16, 17, great up-and-down 18, played the hole great. Hit the perfect putt, and whatever that is, either the wind pushed it too fast or whatnot, but even in contention, I did all the right stuff, really.

Last week, by getting there, you've completed a massive goal and the next goal is to be on a winning Ryder Cup Team and I played great. I had a great time. You're in that bubble all week and the hysteria, it goes on for quite a while.

But from Tuesday, like we really looked at trying to reset now for the rest of the year. The Ryder Cup and that whole thing has been such a big thing for the year, and that was kind of -- you've done that and what a week it was, memories for a lifetime. But then you've still got six or seven events. We sat down on Tuesday, talked about resetting, and you know, getting back on with it, what we need to do to keep improving and what we need to do to win again and just get back on that. This is only week one, really. We've still got a bit to go. 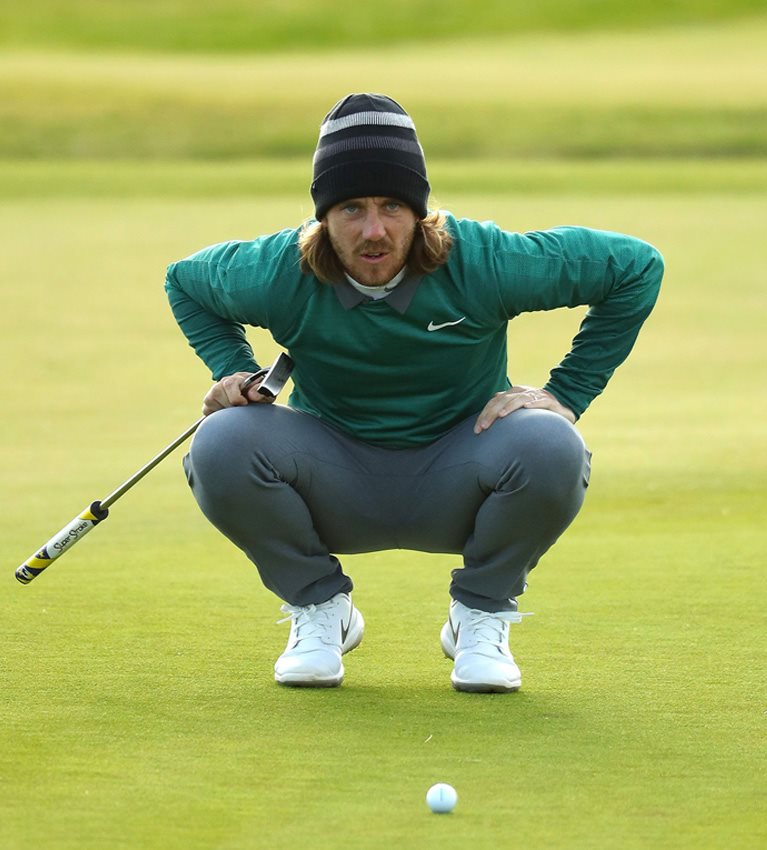