The Alfred Dunhill Links Championship is a celebration of links golf at its finest. In selecting three of Scotland’s (and the world’s) best, the Championship offers players a varied, challenging and ultimately thrilling competition.

Steeped in history, famed for notable moments in the history of the sport, and set amid beautiful coastal landscapes, each of the three courses offers the players a unique challenge.

The Old Course is golf’s greatest theatre. Golfers playing here are transported back in time and history comes alive.

Shaped by nature on a spit of land which juts into the estuary of the River Eden, it can be friendly on a calm day, then turn into a monster when the wind blows.

The Road Hole, the 17th, arguably the best-known hole in golf with its infamous greenside bunker and the 18th green - guarded by the Valley of Sin - is surely one of the most challenging finishing arenas in sport.  The names of the Old Course’s most celebrated features resonate through golf: Swilken Burn, Hell Bunker, Coffins, Spectacles and Elysian Fields are just some - and have been copied around the world.

St Andrews is also the Home of Golf, where the progress of the game has been charted since 1764.  Many of the sport’s defining moments have taken place here.  Legends of the game like Jack Nicklaus, Tiger Woods, Nick Faldo, Seve Ballesteros and Sam Snead won Open Championships over the Old Course﻿. 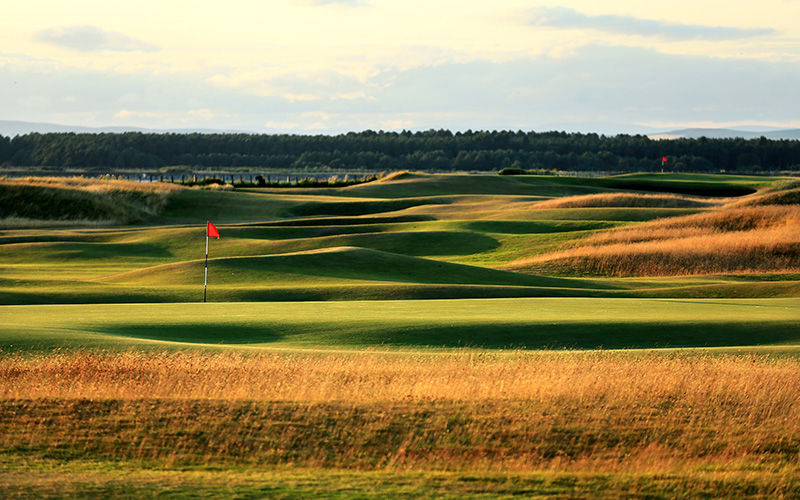 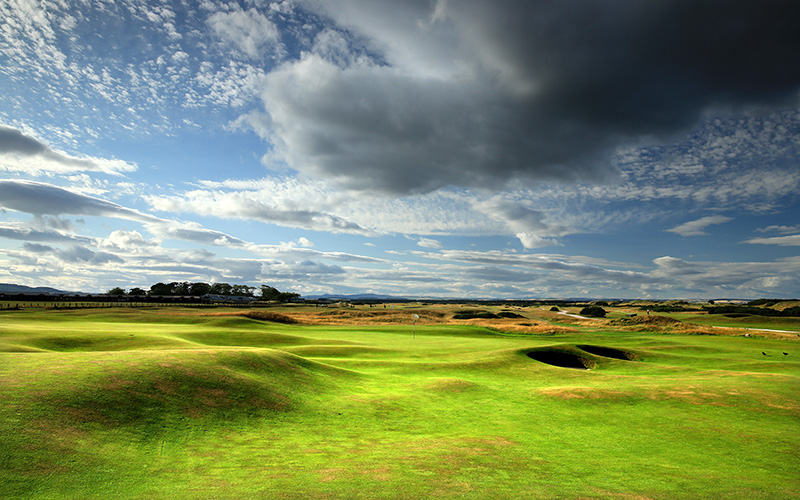 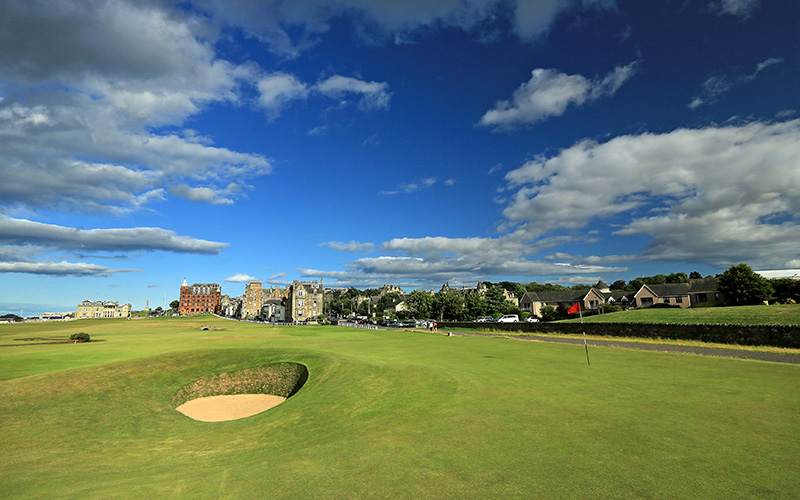 “I personally think once you play seaside golf you never want to play inland golf again. It's just special and one feels so good afterwards.”

"St. Andrews is the mecca of golf, and it's an honour to play there with the pro's."

"I just enjoy St Andrews so much. It's such a fun golf course to play. Different pin locations, different winds. Every time, it's so different and that's what's unique about it."

"St Andrews, the golf course, is my favourite in the world - this is the one I'd choose to play if I only had one [...] there's a lot about it that makes it my favourite event."

"I love the history you know, being at St Andrews, this is a historic place, and I'm pretty humble just to be here. I feel like I'm on holy golf ground which is pretty cool, all the legends of the game played this golf course and have competed at a high level at this place. It's pretty cool just to be a part of this golf tournament and be here." 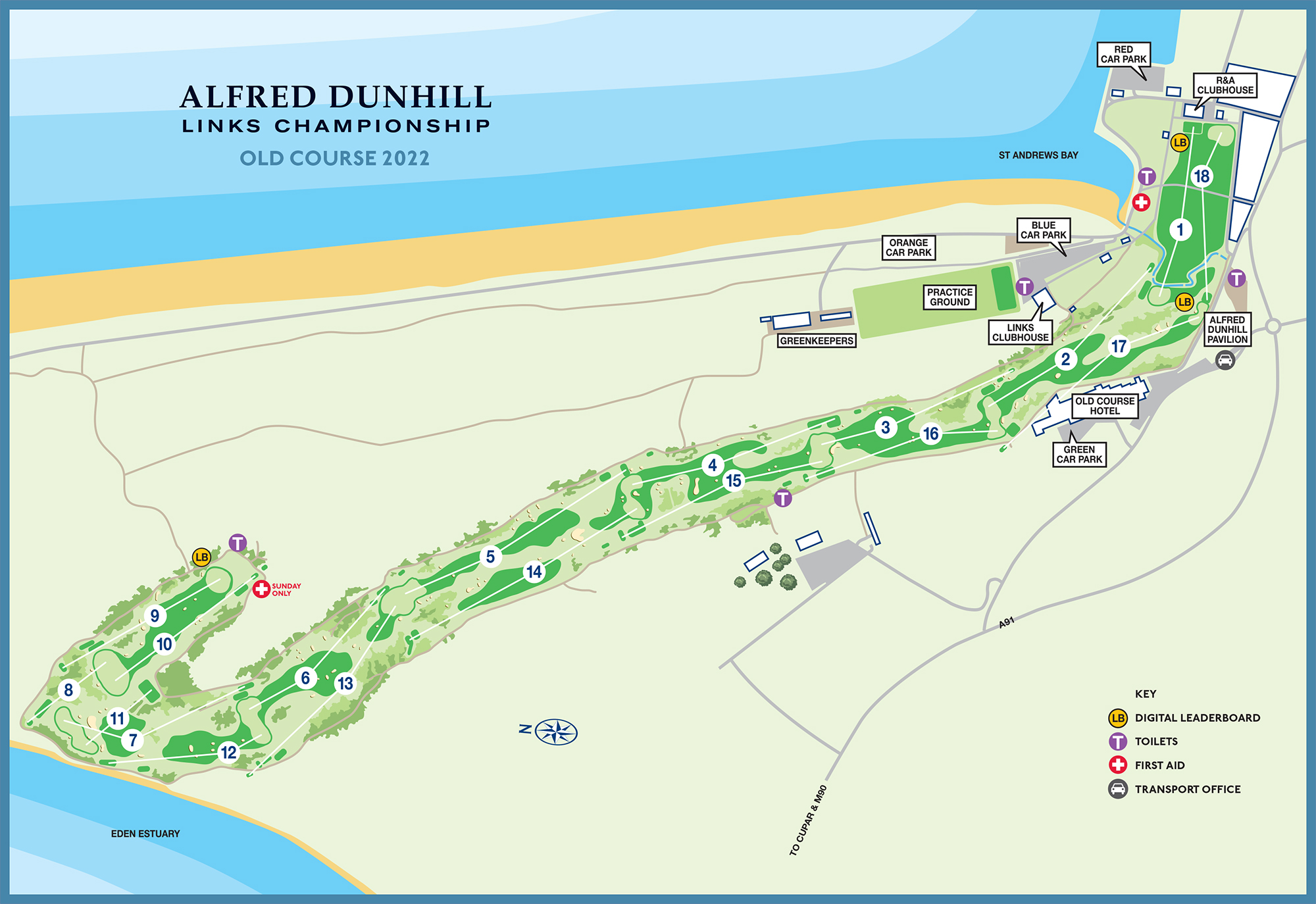 Host of eight Open Championships and the Alfred Dunhill Links Championship since 2001, Carnoustie is known the world over as one of the most challenging links courses.

Following the Open Championship in 1999, the American press famously labelled it ‘Car-Nasty’ after it humbled the US contingent.  Long, brutally testing when the wind blows, with the Barry Burn snaking around the final two holes, it provides a formidable challenge.

Carnoustie’s numerous memorable contributions to golfing history include in 1953 when legendary American golfer Ben Hogan came to Scotland to play in his only Open Championship.  His victory made him the only player to win the Masters, US Open and Open Championship in the same calendar year. In all four rounds, the fearless Hogan took the dangerous, but direct line between out of bounds and bunkers at the par five 6th hole.  It is still known as Hogan’s Alley. 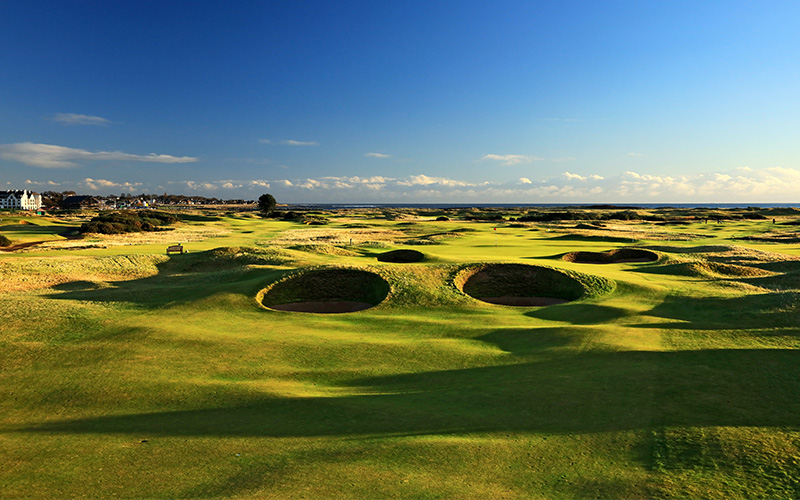 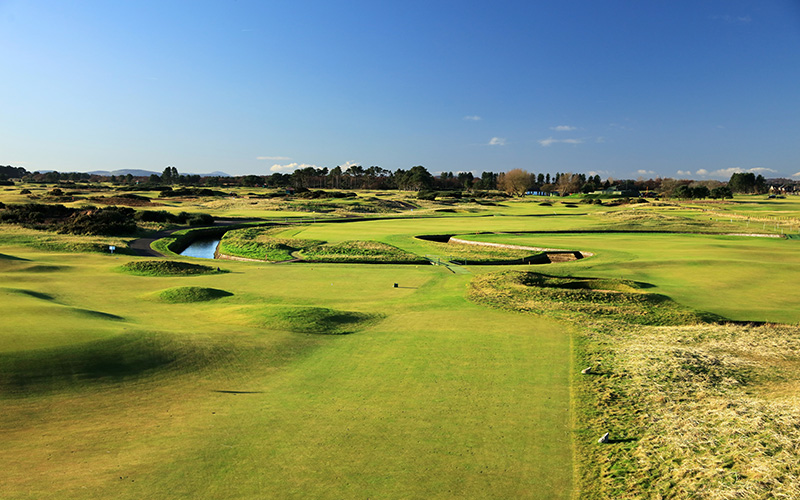 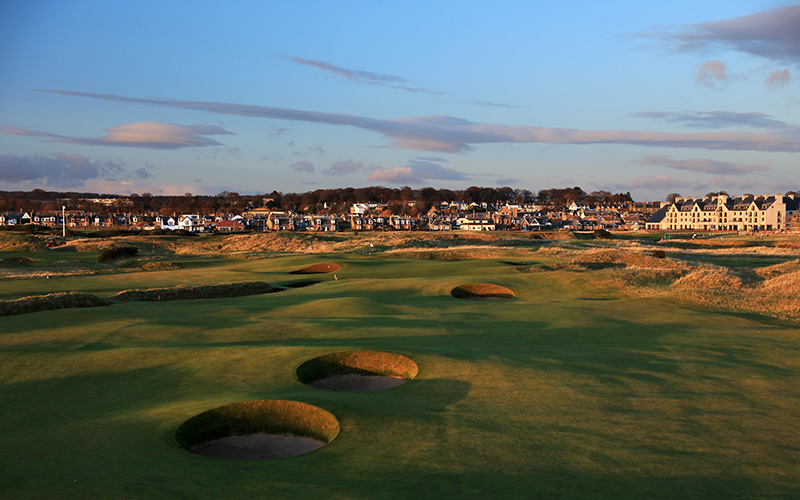 "Carnoustie offers the biggest challenge. It's the most well bunkered and the one you have to play most conventionally."

"Carnoustie, I quite like it. It's one of my favourite courses but it's never easy." 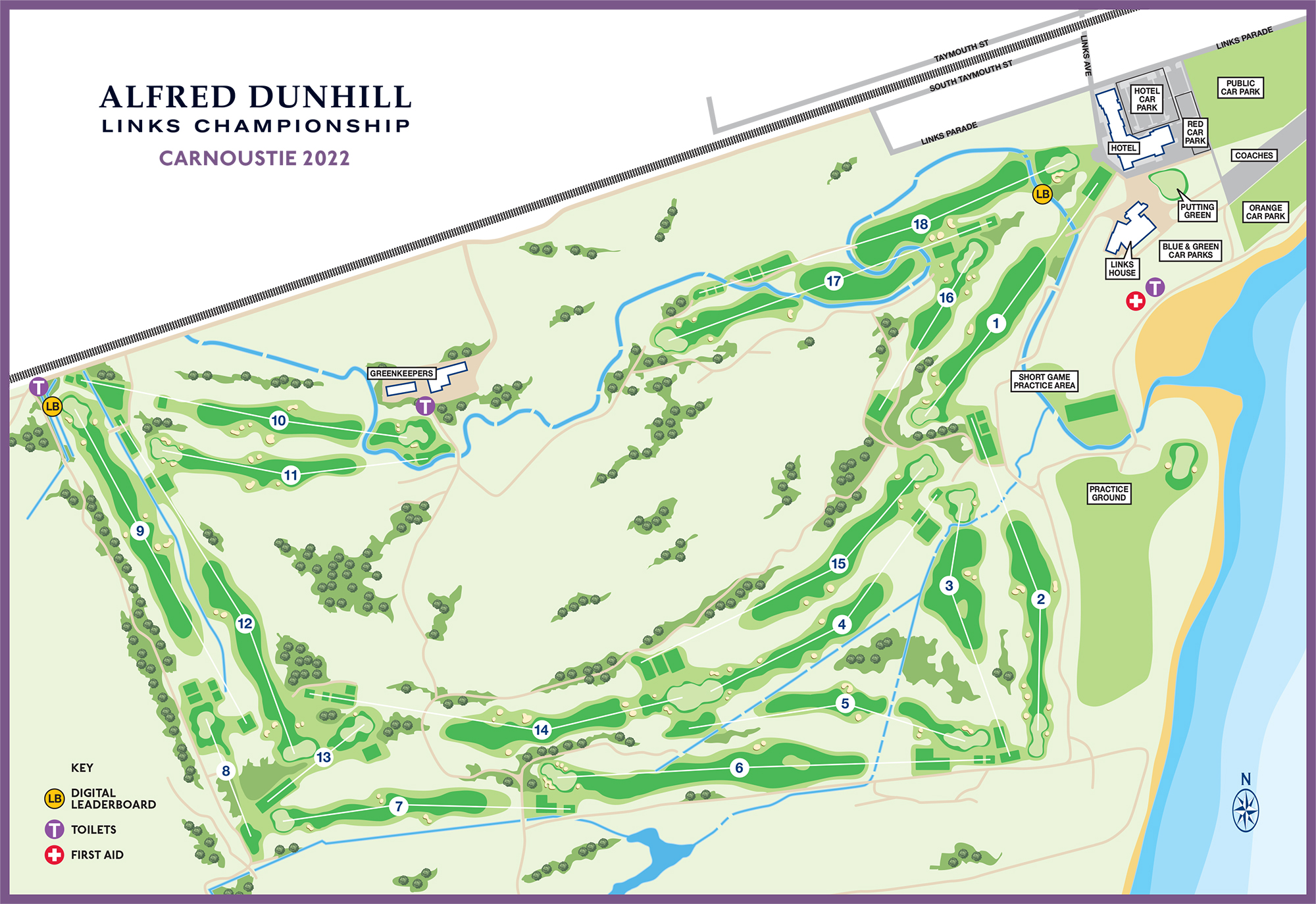 A true risk and reward links course, Kingsbarns is a test every step of the way, thanks to the imaginative design of Kyle Phillips and Mark Parsinen.

Golf had been played over the links here as long ago as 1793, but the land had reverted to farming until it was transformed in 2000 into the amazing layout that it is today.  It may not have the history of the Old Course and Carnoustie, but it has earned a reputation as a challenging yet enjoyable course for professionals and amateurs alike, earning it the epithet of a “Modern Classic”.

When it opened, it was the first Scottish course to be built on links land in over 70 years. 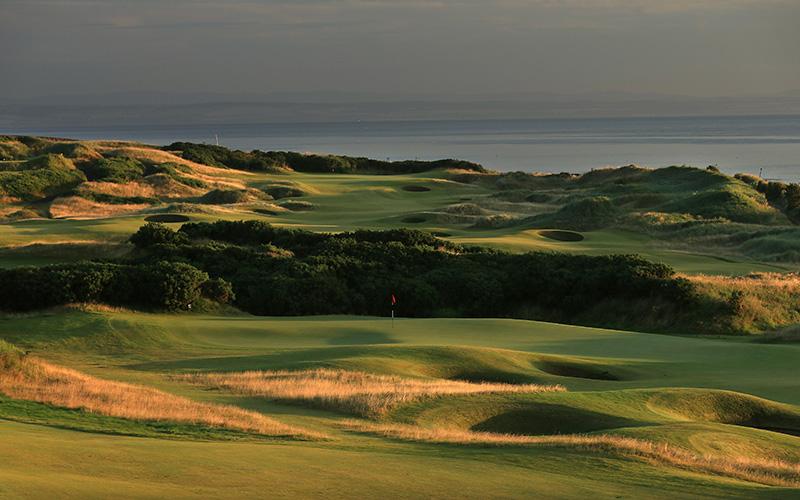 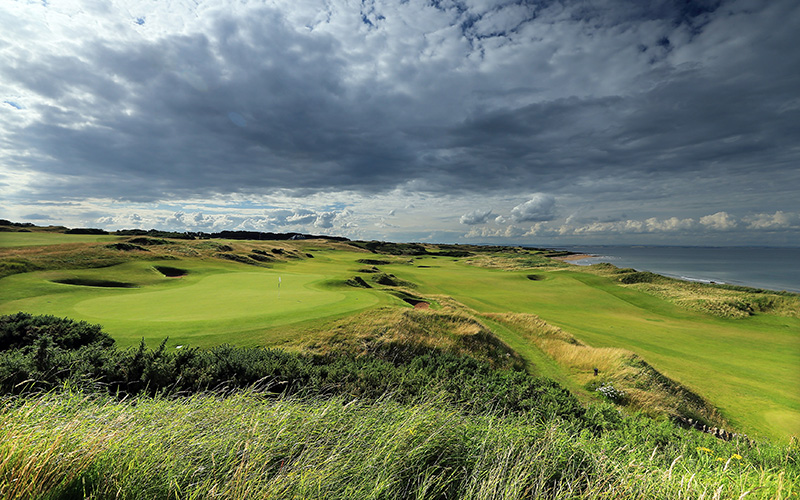 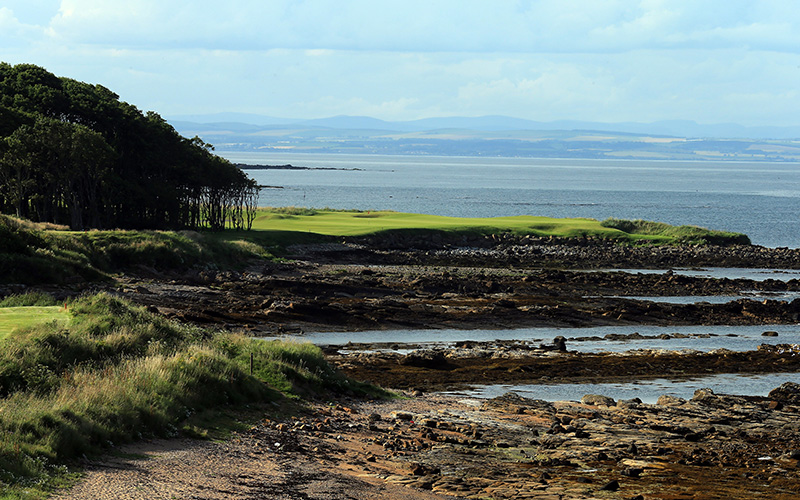 "Kingsbarns is my favourite course of three we play, so it is always a pleasure to come back and play here."

"The targets are bigger here, and the greens are bigger. The width of the fairways are much, much bigger on a lot of holes. This for me is way easier." 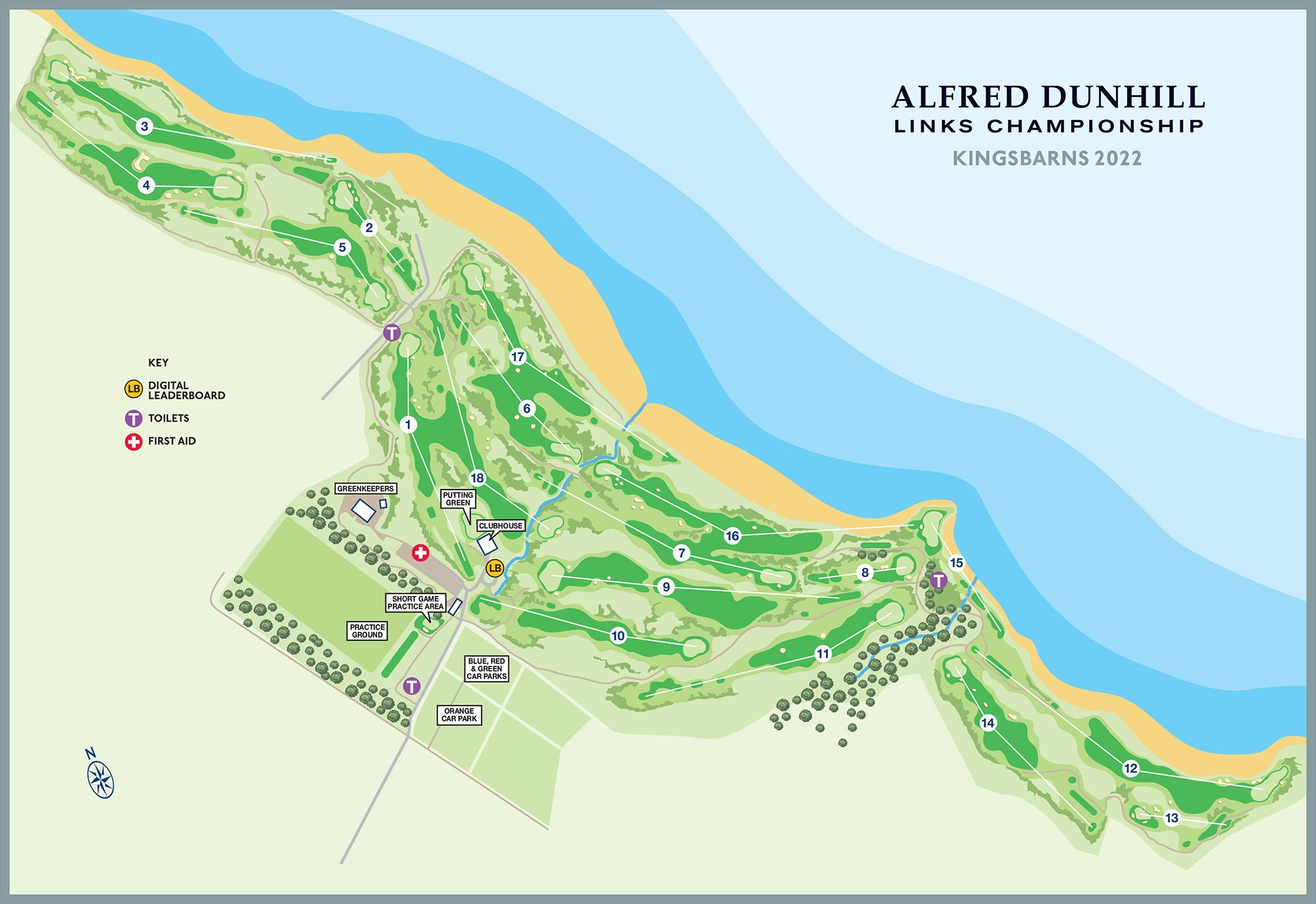