Grace Crawford, a rising star in Scottish golf, is the latest in a long line of talented amateur golfers who have followed an appearance in the Alfred Dunhill Links with a giant step forward in their careers.

Grace, from North Berwick, who partnered Australian professional Jason Scrivener in the 2021 Dunhill Links Team Championship, has become the first Scot to win the Helen Holm Scottish Women’s Open for 20 years. Her victory featured an impressive final round 68 at Royal Troon.

Grace, 15, said: “It’s my biggest win to date definitely. It’s a very special tournament for me, with the kind of people who have won it in the past. It’s one I’ve always had my eye on.”

She says her experience of taking part in the Alfred Dunhill Links six months earlier played a significant role in getting her into the right mindset to win at Royal Troon.

“The mentality of playing in a professional event with a pro, and seeing how he did and how he went about his game really gave me an insight into what it’s like,” said Grace.

“The whole competition, the atmosphere, on and off the golf course was really special, something I had never experienced. Playing in the Alfred Dunhill Links definitely gave me a lot of exposure.”

Grace is currently studying at Albany Academy in the Bahamas where she is able to combine her academic studies with golf training under world-famous coach Jon Hearn.

“I’m loving it here. It’s a great experience, once in a lifetime. I can’t ask for much more with the golf and the weather. Six months ago I never thought I could win the Helen Holm, now it’s all becoming reality. My coach Jon Hearn is amazing. It’s important to be here to get the exposure to American style golf, which is where I want to play.”

Her next target will be to go to an American college in a couple of years to continue her academic studies and to keep working on her golf with the goal of playing one day on the LPGA Tour.

Throughout her career Grace has been helped by Scottish Golf, which receives support from the Alfred Dunhill Links Foundation. She said: “I think junior golf is so important. It’s great to see so many people, especially after Covid, starting the sport. Scottish Golf has been with me since I started. They’ve been super about everything.
“It was a great experience to play in the Dunhill. Best of all my mum was at St Andrews and it was super cool to have her watching me and experiencing it all.” 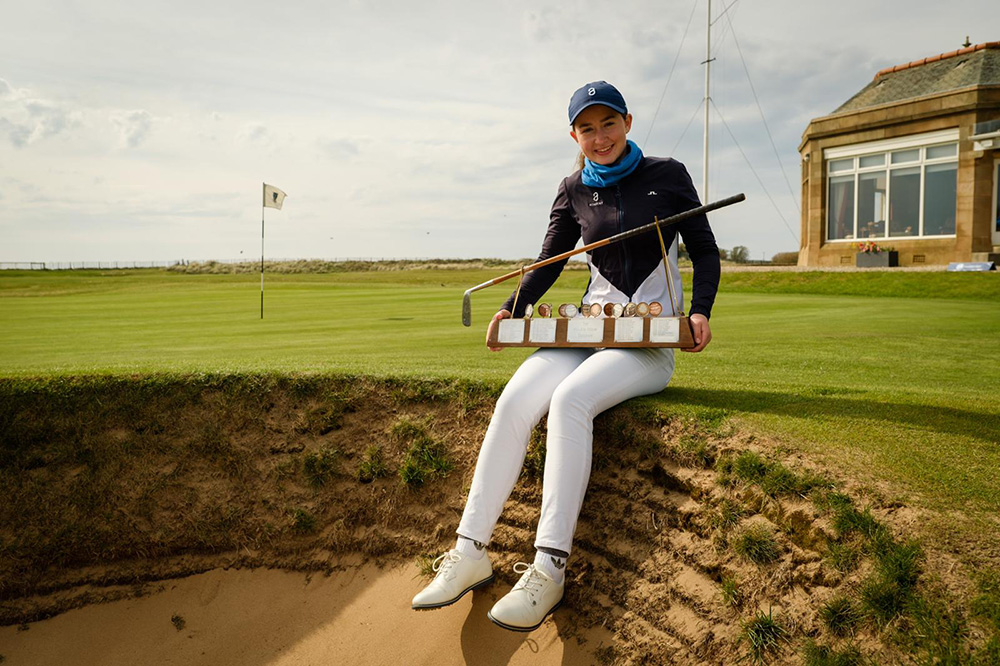