Hatton at the double

Tyrrell Hatton stands on the verge of history on the Old Course tomorrow as he takes a five-shot lead into the final round of the Alfred Dunhill Links Championship.

No one has ever won back-to-back Alfred Dunhill Links titles before, but few will be willing to bet against him achieving the feat after a brilliant third round 65 at Kingsbarns took him to 18-under-par.

Most thought Hatton would face stiff competition from Tommy Fleetwood, but the World No 17 struggled for much of the day and dropped back to seven-under-par. The nearest opposition now comes from France’s Gregory Bourdy who shot an excellent 66 at Carnoustie.

Hatton, who had seven birdies and no dropped shots, said: “This event last year was a fantastic moment for me. It’s great to be back and I’m enjoying my first defence. To win at the Home of Golf once is incredible, but to do it again would be a dream come true.”

He also paid tribute to his amateur partner actor Jamie Dornan, with whom he is playing in the Team Championship. “It’s good fun playing with Jamie again. We did well last year and we’re having good fun again. The format helps me quite a lot. It keeps me quite relaxed at times.”

Will he benefit from winning last year, or will it create added pressure? Hatton said: “Last year was a new experience going out leading, and I managed to do a really good job. I made myself difficult to catch. Hopefully I can do that again. I like knowing where I am on the leaderboard, so I’ll certainly keep an eye on that.”

Joint first round leader Paul Dunne kept his challenge alive with a 70 at Kingsbarns to reach 11-under-par, but he will be questioning whether he can pull back a seven-shot arrears on Hatton in this kind of form.

A further shot back are Luke Donald, who had an impressive 66, and Ross Fisher a 67, both at Kingsbarns. 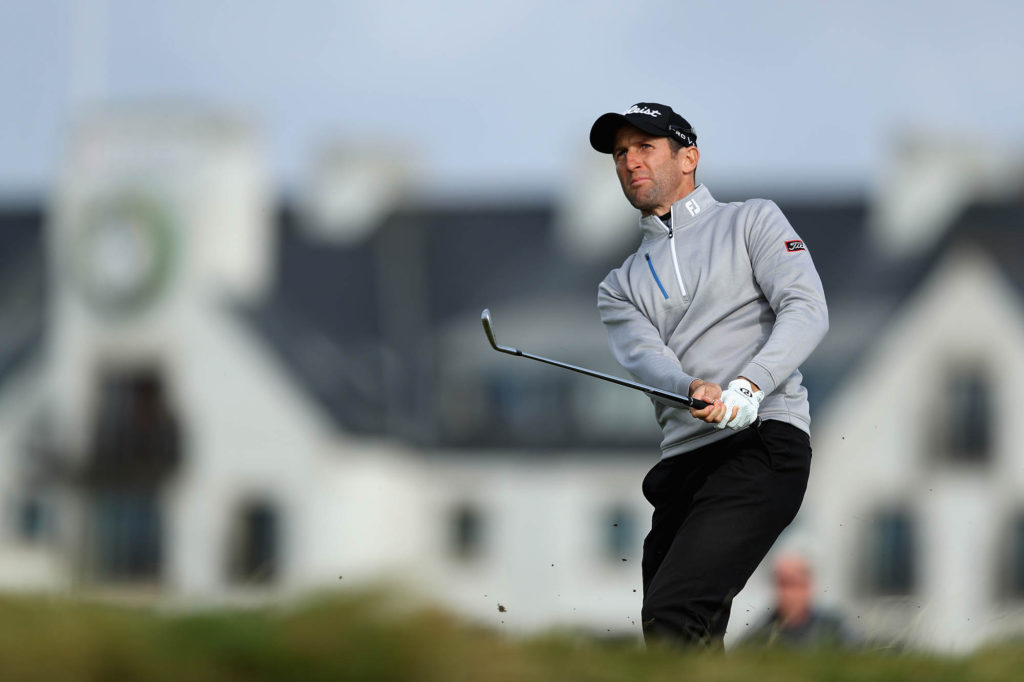 Leaders in the Team Championship are Gregory Bourdy and Aidan Heavey on 28-under-par, however Olympic rower Sir Steve Redgrave, who has played in all 17 Alfred Dunhill Links, and his pro partner Graeme Storm missed the cut.

Among the other pairs who will be joining them in the final round are Ryan Fox & Shane Warne and Robert Rock & Brian McFadden.

Redgrave amusingly revealed how he had to ban a nine-year-old Tyrrell Hatton from his charity golf day because the youngster was too good.

He said: “Matthew Pinsent and I have a charity golf day at Harleyford golf club. Tyrrell won a competition and was invited by the local paper as a nine-year-old to play. We had to ban him because his team used to win it all the time. Even though I don’t know him, we had a long chat a couple of days ago and it’s great to see him up there.